Students who participated in the Summer Learning Packets were invited to celebrate with an Ice Cream social.

Below are some interesting facts learned through their reading this summer.

Interesting things we learned during our summer exploration!

(as researched and reported by Hubbell students)

· 2 drops of venom from a black mamba snake can kill a human.

· Bull sharks and river sharks can live in fresh water.

· Joan of Arc was asked a trick question, and it lead to her death.

· Leonardo da Vinci invented shoes that could make you walk on water.

· The Badlands were named by the Native Americans who thought it was hard to hike.

· Part of the Louvre (famous museum in France) was designed by the same architect who designed part of the Des Moines Art Center, I.M. Pei.

· A dust storm is how a star is born.

· When cats blink, it means they love you.

· Oswald the Lucky Rabbit was the first character created by Walt Disney.

· Otters can dive under the water for more than one minute. 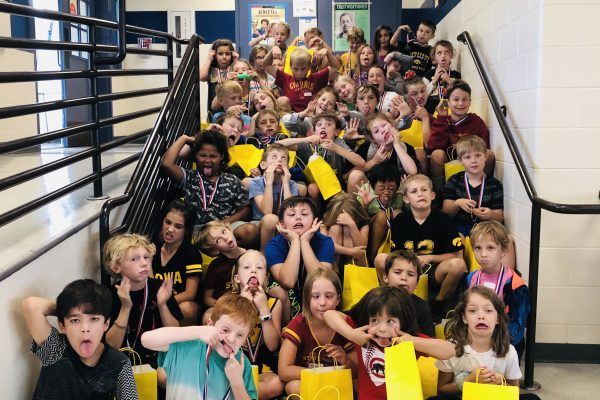